With the new emergency accommodation set up by the City of Montreal already at full capacity, people experiencing homelessness in Montreal are setting up camps in order to implement isolation measures as best as possible. While the police have the usual instructions to stop and relocate people building shelters, Plein Milieu appeals to the police to ask to show leniency towards homeless people who are doing what they can to protect themselves from the Coronavirus.

Plein Milieu is an organization that has been working for nearly 30 years with the homeless populations in the Plateau-Mont-Royal. Ann Lalumière, coordinator of the homeless services, said that the call for police cooperation has never been so urgent. “We are used to sensitizing authorities to various problems experienced on the street. However, in the midst of a pandemic, we all need to do compromises and find solutions quickly. For homeless people, it is a matter of life and death. “

In collaboration with the The First Peoples Justice Center of Montreal, The Montreal Indigenous Community NETWORK and the Indigenous Support Worker Project, Plein Milieu has started distributing tents to homeless people, particularly in urban Indigenous communities. While this is not a normal service they offer, they had to adapt to the current crisis  and be creative in finding alternatives. However, without the full cooperation of the police, these efforts are not viable. According to Ann Lalumière, the police usually relocate the homeless or confiscate and throw away their tents when they set up camps. “By forcing them to move constantly and by seizing their means of subsistence, the homeless are even more vulnerable and the risk of being infected and spreading the virus to the larger population and workers increases.”

Several organizations have contacted the SPVM to express their concerns and to request more leniency. Plein Milieu also suggested to set up non-intervention zones where people can pitch a tent without being unduly approached by the police. This avenue represents a low cost solution that would allow homeless people to practice better isolation while waiting for governments to put in place the necessary resources.

However, this is not the first request made to the various police services in Quebec and the lack of a clear and unified response causes much concern. Plein Milieu also launched an alert in the last week of March concerning the dangers of an increase in alcohol and narcotic withdrawal as several businesses and organizations closed their doors. “We asked SPVM officers to refrain from throwing away alcohol and drugs consumed in the public space. People who panhandle are struggling to get money since the streets are deserted and drug treatment centers have failed to adapt to the COVID-19 crisis. This conjuncture considerably increases the risks of withdrawal that can lead to death ” says Ann Lalumière, who adds that while certain police officers are sensitive to their concerns and exercise more leniency, others are not. ” It’s not enough! There needs to be a coherent response from the authorities to save lives before it is too late. In the current circumstances, it is urgent that community organizations and police forces work in the same direction, and prioritize safety. “ 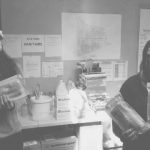